Ansible & Terraform – together or against?

I’ve worked in open source infrastructure consulting for more than 15 years and have used a fair number of the usual suspects from the automation space during this time. Home-brewn scripts, CFEngine, Puppet, to just name a few. When Red Hat acquired Ansible I was really excited, dove right in and have never looked back again. And I’m pretty sure there are many of you out there who have had the same experience. I mean Ansible is simple AND powerful… 🙂

Now working as a Red Hat Solution Architect on IT architectures with our partners and customers, especially in cloud-related discussions one tool comes up more and more often: Terraform from HashiCorp. It’s often mentioned by someone who is not working in infrastructure (or IT strategy for that matter) but in development. And the introduction is “Terraform makes it so easy to deploy new infrastructures”.

So this made me curious, being “simple to start and to use” is one of the main advantages of Ansible. I decided to get a feel for Terraform, it was time to look a bit deeper and to put in some hands-on quality time.

What is and does Terraform?

Terraform is an Open Source tool developed by HashiCorp. It is focussed on creating and changing infrastructures that are defined as code, meaning in easy to understand, declarative configuration files. Terraform uses a plugin-based (called “providers”) architecture to manage infrastructure resources. You will find a multitude of them to manage most well-known providers.

I started out with a simple AWS deployment of some RHEL instances. Some reading and understanding later I had a simple aws_instance.tf file that I could execute with Terraform and that would give me, well, some AWS instances.

So far, what’s nice is that Terraform shares the same objective as Ansible, to be simple, however, there are a number of things where Terraform works differently from Ansible. But I won’t go into syntax or abstraction layer comparison here and not even too deeply into the “procedural vs declarative” discussion, there is a good number of resources out there covering this.

But I want to address where Ansible and Hashicorp have taken different design decisions. Terraform is focused on deploying infrastructures from custom templates or images that you don’t have to touch anymore after deployment. This fits well with the “immutable” or “Phoenix Server” approach in a perfect cloud-world. And to make this mode of operation easy to consume Terraform allows you to “just declare” what you want. For this HashiCorp decided to incorporate state into their tool.

There are pros and cons to this approach but as Ansible and Terraform took different approaches, it leads to differences in behaviour and effect. Because Terraform records the state of the resources and can act on this some notable effects are:

And Ansible? Could do this, too?

Yes and no. Ansible was not invented to be stateful. And this is good and one reason why Ansible is so powerful. In terms of deployment you should be able to write Playbooks to match what Terraform can do. Even writing Playbooks to change an existing deployment or to delete it is of course possible. But… some of this is easier with Terraforms. It’s just there.

In my opinion it wouldn’t make sense to do a feature shoot-out and not even a “vs” type comparison. Both tools have a pretty well defined area where they excel. It might overlap, but

But why not combine the two and have Terraform deploy the infrastructure and then on top have Ansible deploy applications, configurations, orchestrate updates and so on? And never having to write deprovisioning Playbooks again…

There are a number of ways to integrate the two:

To me these options still mean to use two tools in a disconnected, non-cooperative mode. Which might be fine with you. But there is another great option with lots of potential: With the release of Ansible 2.5 a new module was introduced, you guessed it: “terraform”. What you can basically do is treat Terraform like any other Ansible module to deploy resources. But you still get the benefit of Terraform like state, dynamic changes to the deployment and even “terraform destroy”.

Let’s look at a simple use case, I’ve tested this on a CentOS 8 host, YMMV. Assuming Terraform and Ansible 2.9 are already installed, let’s first configure Terraform to deploy two instances on AWS:

As your Ansible user:

Now that we have the Terraform part working, let’s integrate it with Ansible. Create a directory to keep your Ansible content, then inside of it create the first part of the Playbook as ansible_terraform.yml:

So what is this Playbook doing?

At this stage we have the instances created by Terraform and added to an inventory it’s easy to run whatever tasks you like. For a quick test a second play was added:

Finally and before running this Playbook we have to set some connection variables. Create a group_vars directory and add a ec2instances file:

All set? Now run the Playbook

You are running Ansible that is using Terraform to deploy the AWS instances! Again change the Terraform configuration if you are so inclined. And at the end just change into the Terraform directory and run my favorite Terraform command: terraform destroy.

Of course this is a simple example, there is a whole lot more you can do with the terraform Ansible module. Check out the docs and happy automating! 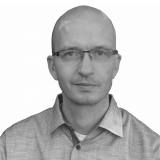 Götz Rieger works as a Principal Solution Architect at Red Hat. He has 20 years experience using Open Source software in the enterprise and has worked in this area as systems administrator, consultant and architect. Götz is enthusiastic about all areas of Linux-based infrastructures, his favorite topic is IT automation. Since the first contact with Ansible he has been hooked and enjoys helping Red Hat customers and partners to realize Ansible's full potential.

One reply on “Ansible and Terraform Integration”