This blog entry explains how to access a remotely installed CodeReady Containers (CRC) on your macOS client box.

CodeReady Containers (CRC) is a tool to install an OpenShift 4.x single node cluster easily on your local machine to quickly test things out without having to get access to any externally hosted OpenShift instance. – It makes the life of a Developer or a DevOps guy much easier.

So why not simply use CRC to install it on a spare machine with Fedora/CentOS/RHEL? — Because it is not so easy to access it from a remote machine.

Simply follow the official guide to install CRC on a remote machine.

Setting up macOS client to access the remote instance

macOS has a nice mechanism for DNS resolution. Whenever you’re trying to resolve a DNS name, you can

This is to make sure, all DNS queries on a subdomain called .testing are resolved by a name server running on 127.0.0.1. Have a look at Figure 1.

With scutil you can check to see if the server is being in use.

This is to make sure, your changes took effect. If you can’t find such a resolver entry in the output of scutil —dns, you should try to reboot.

Now you should be able to do a ping on any domain with the ending „.testing“

If you’re now trying to use

You’ll get the following error message

This is because oc needs the following two entries in /etc/hosts pointing to the remote server:

Remove any existing entries of api.crc.testing and oauth-openshift.apps.crc.testing which could be there because of a previously installed CRC instance. Instead put the following line into /etc/hosts:

And save the file with „:wq“. Now you can try to log into the remote CRC instance again and it should work.

Instead of installing a local dnsmasq on your macOS client, where all requests to the Domain “*.testing” are processed, you could also install dnsmasq on your external CRC server machine. The configuration of dnsmasq is exactly the same (have a look at the official CRC documentation, chapter 5.4 Connecting to a remote CodeReady Container instance). The only difference to the described setup is that your macOS DNS resolver points to the box where you’ve installed dnsmasq and CRC. So instead of

Additionally, you have to make sure, dnsmasq is listening on a network adaptor, which is accessible from within your client machine (by default, dnsmasq is only listening on localhost). Do this by adding an

Where eth0 is the output of ifconfig.

You also have to make sure that your firewall is not blocking access to port 53. So add another port to your zone.

I have tested this approach with a spare laptop with an intel core i7 (8 cores, 16 threads), 32GB of RAM and Fedora 33 as a remote host machine and it works quite well if you configure CRC to use 28 – 30 GB of RAM.

Right now, I am thinking to invest into a memory upgrade for the laptop so that I can assign much more memory to the CRC instance. The more, the better. Of course.

With this setup I am also able to test Operators like OpenShift Pipelines, OpenShift GitOps and even OpenShift Serverless. — But it is of course slower than on a real dedicated setup.

There is one more point to remember: As soon as you are installing CRC on your client, it overwrites your /etc/resolver/testing file to point to the IP of the virtual machine with OpenShift installed. Which means that you have to change it again if you want to access the remote CRC instance again. 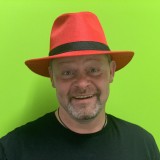 Wanja has started as a developer in 1997 and became a Java/JEE consultant in 2000 where he was actively involved in several customer engagements. In 2007 he started as a Solution Architect at Red Hat Germany.

One reply on “Accessing a remote CodeReady Containers installation with macOS”